What I Learned From a Stupid Dress That Everybody Fought About

Obviously she doesn’t take that well, so she comes back with, “Hey, I’m NOT the bitchy one here. Maybe you shouldn’t be so touchy.”

Feeling defeated, you make a last-ditch attempt to gain the upper hand: “Oh yeah, I’M touchy. Excuse the hell out of me for trying to making chit-chat…”

Now, think about what I just said about looking past the surface. Even though it looked like you just wanted to talk about movies, what you really wanted to do was have a nice chat over breakfast. 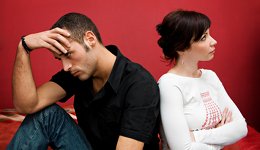 And when your lady said she didn’t care about sci-fi flicks, did she really want to cut you off? Or did she just want to change the subject and keep talking?

Feeling like she didn’t give a crap about what you had to say, you accused her of being nasty with you. Naturally, she got defensive and said you were too sensitive about the whole thing.

In the end, you got even more riled up by the counter-accusation and revealed (in a douche-y way) that you just wanted to talk to her.

So the lesson here is that you can save yourself a whole bunch of trouble by looking past the surface FIRST, then making a proper response.

That’s why it’s always a good idea to ask yourself, “What am I NOT seeing here?” since you’re probably MISSING something at first glance.

With that in mind, here’s the better answer to her “I really don’t care” comment:

“That’s too bad, maybe there was another movie you wanted to see?”

On the other hand, your woman could have also told you, “Yeah, sci-fi isn’t really my thing, but this new comedy flick looks hilarious. Here, look at this YouTube trailer.”

With that kind of an approach, you won’t have to keep running into those dead-end arguments with your lady. 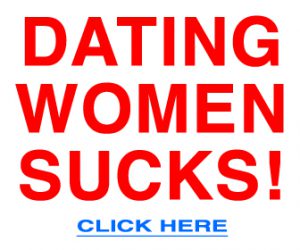 Which reminds me, my new online course called the Girlfriend Training Program will equip you with all the skills you need to PERMANENTLY eliminate all traces of pettiness from your relationship.

If you want to get on that ASAP, CLICK HERE to learn more.