What I Learned From a Stupid Dress That Everybody Fought About

I never thought I’d get so worked up over a piece of women’s clothing – until today.

Women’s fashion is the farthest thing in the world from stuff that I care about, but a female friend of mine sent over this story. 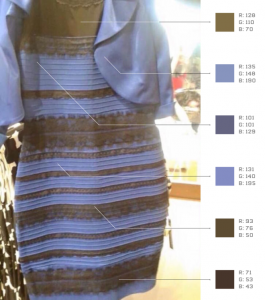 Who would have imagined I’d get sucked into a pointless discussion with my friends over the color of a dress? But I did, and clicking on that story probably wasn’t the best decision I made today.

There are just some things you can’t un-see, unfortunately. Who knows, maybe it was all part of a viral marketing scheme to promote a clothing label.

And it looks like everyone and their mother – plus a handful of celebrities – got in on the debate (check out the Twitter and Tumblr comments in the article if you don’t believe me).

I’m not trying to get all existential here, but I got kind of bummed out with how much time people are willing to waste over heated “black and blue vs. white and gold” arguments.

That said, I’m not here to give you my opinion on the color of that dress.

However, it did get me thinking about how easy it is to get caught up in the PETTINESS of things.

Take arguments with your girlfriend or wife, for example. How many times did a simple discussion with your lady escalate into a full-blown fight? 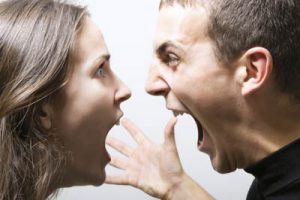 And how did it leave you feeling afterward?

The next time you find yourself getting drawn into one of *those* discussions, just keep this in mind: look past the surface.

The thing about arguments is that they’re NEVER as simple as they seem on the outside. And when you don’t probe into the reasons behind those strong emotions, it’s easy to make assumptions.

Glossing over stuff like this could be the most dangerous mistake you can make in your relationship.

Imagine you’re enjoying your morning coffee with your lady, and then you say, “Isn’t that new sci-fi flick playing this week?”

But then she tells you, “Hmm, I really don’t care about that kind of stuff. I can’t even tell the difference between Star Wars and Star Trek…”

So then you’re like, “Geez, I was just letting you know. You don’t need to bite my head off.”