Why You Can Attract Women without a Ripped Physique

Maybe the six-pack gods didn’t give you a set of washboard abs. Or perhaps you’re not the most athletic guy out there.

Maybe looks can give you an edge when it comes to picking up women. But, this isn’t the only thing that matters in attraction or dating.

Case in point: Think of the not-so-ripped guys you’ve seen walking around with a hot woman by their side. Yeah, even average dudes like us can level the playing field by using a few simple tricks:

Having something worthwhile to talk about is vital when approaching a woman.

Aside from what’s coming out of your mouth, you also need to pay attention to the tone and quality of your voice. Most guys don’t understand the visceral effect they have on women when they talk in a certain way. 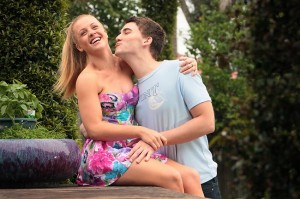 When it comes to talking game, you can flip the attraction switch in head by speaking slower and in a lower tone than usual. Women are hardwired to give you a positive response when you hit those lower registers.

Of course, you don’t want to sound unnatural by sounding like you’re impersonating Darth Vader. You just have to make some slight improvements to make a huge impact on your approach.

Here’s a tip: Resist the urge to say everything on your mind in one long, incoherent sentence – that’s what nervous guys do.

Also, do you find yourself speaking in a higher pitch than usual when you’re feeling tense during a conversation? If so, make a mental note of this habit and STOP yourself the next time it happens.

This is another giveaway that you’re uncomfortable in your own skin, so remove this unattractive trait. But it’s cool if you’re not feeling that confident yet since you’re still learning this stuff.

Besides, everyone has to start somewhere, right? Even public speakers feel anxious right before facing the crowd, although you wouldn’t know it by looking at them.

And that’s the real trick! Just because you’re not exactly feeling confident doesn’t mean you have to show it. 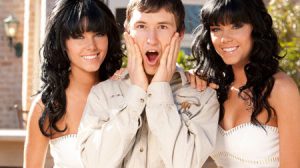 The problem sometimes is that you might not be able to tell if your voice is hitting that “sweet spot”. As you might know, there’s a big difference between how you think you sound and the way your voice actually sounds to other people.

That’s OK though. All you need to do is get someone (like a close friend, relative or vocal coach) to listen to you talk. Practice by reading an excerpt from a book and have them take note if you’re talking too fast. The same goes if your voice goes up as you go on.