5 of the hottest women – and why guys love them

Every year, there’s always a survey for the hottest women and so far so good, these women always tend to appear.

What is it about them that makes them consistently voted as THE hottest women? After some research, I found that this is why…

Her playing bad-ass characters like Evelyn Salt, Lara Croft, and the infamous Mrs. Smith just gets under your skin – in a good way. A woman who can just kicks your ass if you’re not on your toes is just awesome.

Plus her sultry lips that most women would like to have (we already know guys want them ON him), and her tattoos give a hint of danger. She’s got it all!

She’s got that vibe that she’s the kind of woman that you leave your wife for. And true enough, she captivated even Brad Pitt, who every woman wants to have – and most men would like to be. 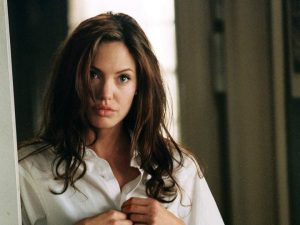 She’s just funny and witty – and we all know funny is hot.  With that gorgeous long blond hair that stays in check even when it’s all messed up. Her role as Rachel in Friends depicts her in real life – an ultimate girl next-door type.

Maybe it’s because most of her roles were so real and honest (and she acts with genuine sincerity) that she appeals to every guy’s masculine brain.

Whatever it was, she got that good, nice, all-American woman vibe that you’d be proud to introduce to your parents and call her your wife.

It’s been years since she captivated America with her sexual allure, but until now, she’s considered to be one of the hottest women of all time.

Huge stars like Anna Nicole Smith, Lindsay Lohan (just to name a few) imitated her style and overall personality. Her appeal is so effortless, that she magnetized men. With that signature blonde hair, a nude photo in Playboy, she could make any man lose his control.

She’s well-known to single-handedly seduced John F. Kennedy – the most loved US President – a man of great power. A testament to the fact that she can captivate any man using her charm and charisma.