3 Scientifically Proven Reasons Why A-Holes Get All The Girls

I’ve said before, and I’ll say it again: What women THINK they want isn’t the same as what they actually want.

Now I’m not saying that to demean women or insult their intelligence. It’s human nature to like the idea of something even though what we really desire is actually different.

And that also applies to a woman’s idea of their perfect guy, a.k.a. The Asshole. 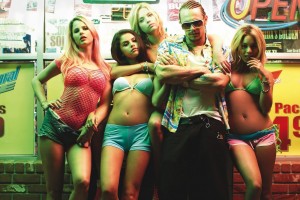 A recent study conducted by British researchers confirms what we’ve known all along: Women have a weak spot for the Bad Boy archetype – and it doesn’t matter if they turn out to be horrible partners later on.

Here’s what they found out:

#1: Assholes Have the “Fast Food Effect” on Women

They know it’s bad for them, but women can’t stay away from the Bad Boys even if their lives depended on it.

The study proves that women “wishing to get married were more attracted to the narcissistic male personality than those not desiring marriage.”

Yeah, I had to do a double-take on that too.

And get this – the article states that even experienced women don’t realize that a narcissistic male is going to leave them high and dry.

This is the stuff that other guys whine about all time. You’ll hear many a guy moaning along the lines of, “Why in the hell would she choose him when he’s clearly going to kick her to the curb later on?”

Well, that’s the thing: Logic has little to do with the attraction process.

Intellectually, you know that french fries are bad for you, considering they’re basically a cholesterol sponge designed to clog your arteries and what-not.

Yet, you can’t resist taking a bite because it FEELS so damn good eating them. 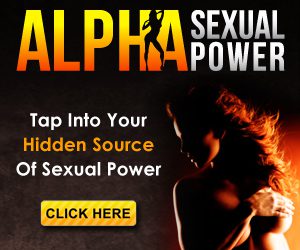 So, when it comes to getting the ladies fired up, triggering the right emotions is where it’s at.

#2: Women Think It’s OK to Be Full Of Yourself

Here’s another cringe-inducing discovery that the scientists found: The women in the study were presented with statements about narcissism and attraction, and they agreed with them wholeheartedly.

That included things like “Confidence in a male is more alluring than modesty;” “Male vanity is an attractive attribute;” and “I am attracted to men who take pleasure in being the center of attention.”

Apparently, there’s just something special about the loud-mouthed douchebags of the world who seem to be in love with the sound of their own voice. 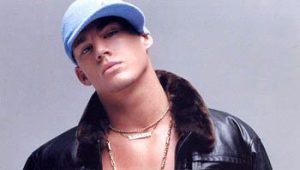 According to the study, women also agreed with other statements like “I am drawn to a man who displays authority” and “A man who uses manipulation to influence his success at work is attractive.”

So, what does that mean to you?

If there’s something useful to be learned from this rather depressing study, it’s this: The self-centered meatheads you’ve hated all your life also happen to be the kind of men who gets things done.

Even if it kills a lot of us to admit it, that’s an attractive trait to have.

And that pisses men off because they know the jerks (as attractive as they are) are eventually going to dump their dream girl once they’ve gotten what they’re after.

Even the researchers in the study say that “This finding is problematic from a female perspective.”

For the most part, a lot of women can’t seem to see past the slick facade – and the slimy qualities underneath.

#3: Assholes Have a Talent For Flipping Women’s Attraction Switches

The female brain is hardwired to like guys who possess Alpha qualities, such as good social standing.

This goes back to ancient and prehistoric times -and as independent women are today, they still feel weak in the knees for your typical asshole.

According to the study, jerks are usually perceived as guys with high status which is something women are magnetically drawn to. And as what scientists found, women love guys who have “the ability to acquire resources” and “are entertaining and self-assured.”

Like it or not, these traits stir something deep within women – but that doesn’t mean you can’t use this knowledge to your advantage.

As men, we’ll obviously see that side of the average asshole that women don’t (or worse, subconsciously choose to ignore). This includes their knack for being obnoxious, contrived, and an all-around egomaniac.

And as you’d have it, women are biologically compelled to FEEL attracted to your average asshole’s other traits like we just covered.

So my point is, why not beat them at their own game and EMULATE those attractive traits? Who says you actually have to be an asshole to get the ladies swooning?

The smart move would be to work on your Alpha male qualities instead of bitching about how “nice guys finish last.”

It is, in fact, possible to be just as alluring as your run-of-the-mill jerk without falling to the douchebag side.

One trick I’ve discovered to enjoying the best of both worlds (i.e. being genuinely nice but Alpha at the same time) is by taking care of your testosterone levels.

On top of my personal experience, I’ve done a ton of research on the subject and realized that being the Alpha Male women love is about preventing T-Bleed.

Not to get all scientific on you, but this is a recorded phenomenon which causes guys to lose their testosterone as they hit a certain age. This can and will have serious consequences, such as an extremely low sex drive – and even erectile dysfunction.

You can learn more about what I came up with to deal with this problem – and how you can prevent this from happening to you.