I’m losing my woman to another man!

You heard rumors that you’re girlfriend is having an affair with another man. You’re pissed off – and about to explode with anger.

Before you jump to conclusions that she’s cheating on you, read this article first.

It gives her the benefit of the doubt… As they say “innocent until proven guilty.” (or you catch her in the act… 😉

Title: Relationship Advice for Men: “I’m losing my woman to another man!” 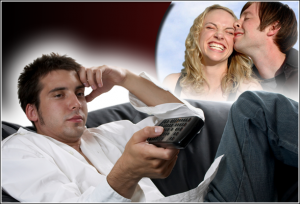 Jason never ever thought that this would happen.

When an acquaintance told him that she saw his long-term girlfriend in the arms of another man, he initially dismissed it as just a rumor. But, the “rumor” turned into worrisome suspicion when Jason     noticed that his girlfriend, Erin, was acting strangely.

He began to pay attention to Erin’s behavior more closely and what he saw upset him. Recently, she has been more secretive and distant from him than ever before.

What Jason used to think was just Erin being busy with a new position at work is now real suspicion that she is cheating.
Click here – to go ahead and read the rest of the article at Relationshiptrust.com