Cope With Her Drama

Bet you’ve noticed how women seem to trigger drama for no reason at all.

It comes out when you least expect it and it can be a challenge for you. Especially when you really want to work it out with her.

It might help you deal with it if you understand the reason behind it. One of the reasons is that she feels the need to do it – or she simply LOVES drama.

And there’s actually a study conducted that validates this: 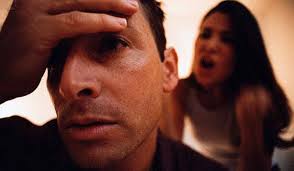 “Research finds women feel happy when their husband or partner is upset.

The detailed study found that wives or girlfriends were pleased when their partner showed emotion because they believed it demonstrated a healthy relationship.

The survey, carried out by Harvard Medical School, also found that when men realized their wife was angry, the women reported being happier, although the men were not.

It revealed women most likely enjoyed spotting when their partner was dissatisfied because it showed his strong “engagement” or “investment” in their time together.” 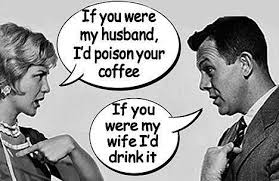 In short, she might be testing you because she needs to confirm if you’re indeed the strong MAN for her. And this is a good insight for you…

You’ll know that she doesn’t want a weak guy, and we’re not just talking about having bulging muscles or six packs. It’s more of TRUST – that she can relax around you because you’ll be with her no matter what, even if you see her dark side.

Women most often say that it’s a gem to find a guy who’ll catch them when they fall. It’s such a cliché, but, it’s the same concept as guys wanting women to be loyal to them.

So, how to cope with this drama?

Cope With Her Drama Tip #1: Understand how she’s different from you.That means, don’t expect her to act and think like you.Get used to this fact: Women are more emotional than men.There’s a need to for her to be in touch with her feelings. When you see her emotional – changing her mind quickly, having an unstable emotional outburst – and worse, crying…That’s all an indication of her living through her natural emotional cycles.

Be that rock that she needs! You might not like this, but, a HUG can go a long way. So, go and give her a power hug anytime you see fit that she needs it. 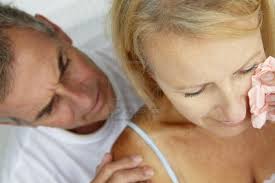 Cope With Her Drama Tip #2: Talk to her.

If she’s having a fit or trying so hard to get your attention, the best thing you can do is face it and just talk to her.

There’s no other way. Remember that the more you ignore her, the worst the situation can be.

So, go straight to the source of the problem. Cut the time of stressful arguments and be that mature, understanding guy.

Don’t ignore her – but be sure to act UNAFFECTED by her emotional state, and slightly indifferent. You can be concerned, but reacting to her reaction is NOT good.

Cope With Her Drama #3: Stay strong and draw a boundary.

If the drama becomes so intense and you feel the anger swelling up inside you…find your inner strength to stay strong or when you can’t take it anymore…LEAVE.

Go ahead and do your own thing – whatever that can help you relax and have a clear head. Give both of you the time to COOL OFF. Retreating is a great way to handle the situation, before you find yourself reacting instead of acting.

And when you’re calm, speak up and draw some boundary of what should be or should not be.

Remember that whatever stage your relationship with her is, it takes a lot of work to get it going. And drawing a line around what you like and dislike will make her understand what pisses you off too.

If you want to know how to avoid the drama, and get her feeling uncontrollable lust instead, watch this video right now…
Stay Alpha…
– Carlos Xuma