Why Getting Rejected is Awesome

A lot of guys love to think that having a steady stream of dates is an urban myth, an unattainable fantasy.

Why? Because they’ve tried their luck with women and got turned down.

So, they’d rather believe that they’re more likely to crash and burn than get a “yes” from a girl. It’s much easier to think that way instead of putting in the effort to do better next time.

Even if you think that you’re the complete opposite of the “ideal man” (read: rich and handsome), don’t let that be a reason to stop meeting women. Besides, not fitting some imaginary mold isn’t why guys get rejected. 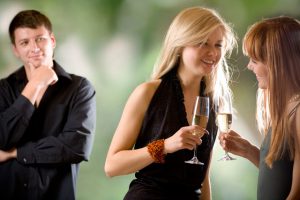 Which brings me to a more important point – don’t let rejection stop you from trying again. As a matter of fact, I highly recommend that you open yourself to the possibility getting rejected whenever you approach a girl.

Note that it’s not the same as wanting to get turned down. All I’m saying is not to fear rejection like it’s some of kind of death sentence.

And by extension, you also shouldn’t go home with your tail between your legs when some hot girl thumbs her nose at you.

It wasn’t the outcome you wanted, but it’s still awesome nonetheless.

So you’re thinking, “How the hell is getting rejected a good thing? I just got kicked to the curb!”

I have plenty of friends who aren’t built like an athlete or look like a celebrity, but they get tons of dates. And more importantly, they’ve been rejected LOTS of times. 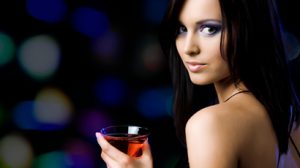 The “magic” pill to having more women say yes to you is by stacking the odds in your favor.

How? By simply getting out MORE, brushing off rejection and KEEP trying.

Even if your rejections increase, so will your chances of getting the girl. It’s a matter of numbers, not winning the genetic lottery.

Salesmen do it all the time. After meeting one potential client, they’re off to see the next one – along with the others for the rest of the week.