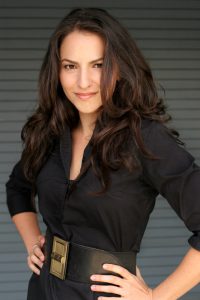 How to talk to a hot woman such as this

You would think that men would instinctively know how to talk to women. It seems like we should just KNOW what to say and how to say it. But the fact is, we don’t. Guys tend to think that communication is easy and natural. It’s not.

That’s why all these books talking about the difference between men and women hit the bestseller lists. So, say you are a bit more evolved than the average guy and you are pretty good at communicating. Well, that’s still not enough. I’m hear to tell you that you need to not only pay attention to what a woman says, you need to pay attention to how she acts. Actions speak louder than words. This applies to what she says to you and also how you communicate with women.

Because sometimes a woman will say one thing, but mean something entirely different. Like relationships and dating life aren’t complicated enough already, right?

For instance, she might tell you that you are good looking and she wants to hand out, but her actions – not returning the half a dozen messages you left for her – say something completely different.

In this case, let her actions do the talking. It doesn’t matter what she says, what counts in this case is how she acts. In this example, she must not be interested or attracted to you or she would return your calls. If she’s always busy, then she’s telling you subtly to move on. This is important to realize when you are learning how to interact with women.

So, while it is important to listen, you also need to combine that with observation. Her actions will tell the truth.

What about women who feel the need for drama? In my opinion, there are two types of women – the stroked and the unstroked. These are helpful to know when you are having a conversation with a woman so you can figure out just which type you are dealing with.

The first type – the stroked – was adored as a little girl and has a healthy dose of self-confidence. She likes compliments but is a bit used to it and responds better to a man who presents a challenge.

The second type – the unstroked – never got enough adoration, attention, or praise as a child. She needs recognition as an adult, responds to attention, and compliments from men.

The women who are stroked, are more of the giving type and will respond well to Alpha male traits. The unstroked are women who take. They don’t really want to give in the relationship. They require a lot of attention to keep them satisfied.

Keep in mind, that some unstroked women are acting and feeling this way maybe temporarily. Maybe they had their heart broken by a jerk and will go back to being a stroked type of girl later on.

Regardless of what type they are or whether it is a temporary state – your job is to never react to a woman either way. This is the best way to talk to women. If you take some time, you can find out which type of woman you are dealing with and then you can decide whether the two of you have a future together or not.