How To Be Attractive To Girls – 5 Ways

There’s a lot of bad advice out there on how to attract women, and most of it starts out the same:

“You want to attract a woman? Then stop using those cheezy pickup lines…”

Yeah, we get it, Pickup lines suck. Everyone says that.

Being attractive to women also doesn’t have anything to do with: 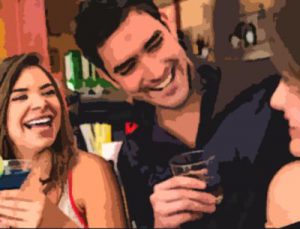 – Your age: Women are genetically programmed to desire older men, as they are more stable and experienced

– Your hairline: Chicks don’t really care all that much about your balding – as long as you don’t do a comb-over

– Dressing like a pickup artist: save the goggles for aviation and snowboarding, dude

– Your money: You can easily bang hot women without having to be rich

They don’t involve acting like a jerk, or mistreating a woman in any way.

In fact, the best part is that you can not only attract women like bees to pollen, you’ll leave her thinking of nothing but how to get close to you all over again. And other guys won’t even be a blip on her radar. She’ll ignore them all just for the chance of getting a text or phone call from you.

Let me show you 5 ways to be attractive to women:

Method 1: Tell her a good story…

And I’m not talking about bragging about your accomplishments to her, or your made-up adventure that didn’t happen. I’m talking about a really good story that gets her emotionally engaged.

Women have a part of their brain that switches them into trance mode when they hear a guy start to tell a story. (One of the many reasons that women read those trashy romance novels – they crave stories.)

You have to learn how to flip that switch in her head. Tell her a story that grabs her mind and hypnotizes her.

What kind of story?

Tell her about that time you managed to outsmart some douchebag at work who was trying to embarrass you (women love underdog stories.) Or about that crazy day you spent looking for a deli in Manhattan.

Throw in some conflict, tension, tragedy, and humor – as well as a character or two that are in conflict, and you’ve got all the makings of a Hollywood blockbuster. 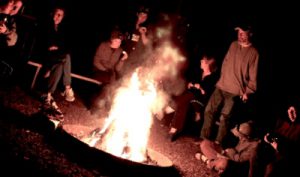 The key is to add in emotional hooks and details that keep the conversation feeling electric and alive.

And make sure you keep her feeling like she’s really there with vivid words and descriptions that make your experience 3D for her. She should feel like she’s there, not just reading a bullet point list of boring facts.

One of the most powerful attraction-boosting talents you can develop is something I call cocky and funny confidence.

It’s about combining cockiness or slight arrogance with a dash of humor.

It’s about saying things that make her mouth fall open – making her say “I can’t believe you just said that!” and then hitting you on the arm in a playful way. 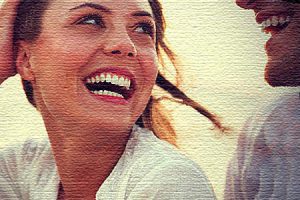 This plays on our basic psychological drive to associate with people we feel are strong and capable.

We all want to be part of a tribe with a strong leader, and women are drawn to a man that demonstrates that he’s independent of people’s opinions. He’s not a sheep, he’s a strong trailblazer that she can rely on.

And believe it or not, the cocky attitude shows her this. And the humor helps to keep it from getting too harsh.

If you want some great examples of cocky confidence, watch James Bond, Clark Gable, David Letterman, or even the Daniel Tosh show. These guys always have a wisecrack to throw, and as you’re thinking “You’re a bastard for saying that,” you’re laughing.

How do you know if it’s working? 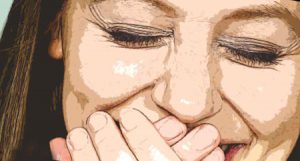 She’s laughing. And she’s still there.

Next you’re going to have to…

Method #3: Get into her Network

Hot women hang out with other hot women. Mostly.

So you need to have the kind of women you want to date in your social circle.

However, don’t add these women into your life if you’re not willing to completely disregard them for romantic potential. If you start hovering around them and acting like you’re secretly trying to sneak into their lives through being friends, she’s going to get weirded out and avoid you.

The idea here is for you to network into their lives. You’ll also be able to drive up your market value by being seen with these women.

Who knows, they might get a romantic itch for you later, but you can’t use this as a creepy way to get into a female friend’s pants. 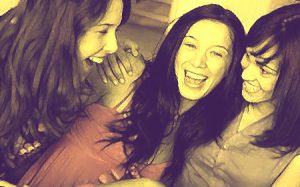 Also, having these women as friends will teach you how to interact with women just like them — they’ll teach you everything you need to know to get into bed with her league of women. And the best part is they’ll bring the women to you.

If you like having a girlfriend delivery system, then you should also know the next method…

Some guys might already know about my surefire attraction techniques – including this one. But if you don’t know already, teasing is one of the most powerful ways to get women to drop their defenses and start feeling a powerful blast of lust and desire for you.

You want to tease her physically, psychologically, and emotionally. 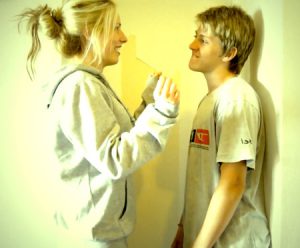 Mind you, never tease her about her appearance or her physical body in a way that might seem cruel or mean spirited. You have to balance your teasing with a bit of humor to keep it light and fun.

It’s really about banter, and playing with that energy that’s more like when you were 8 or 9 years old and giving her a hard time on the playground.

Keep things unpredictable, and keep her anticipating that she can’t tell what will happen next.

Again, don’t be a jerk – but keep her on her toes.

One of the things guys today have been pulled into is this idea of being a cheap cardboard stereotype of the “player.” You know, the rise of the pickup artist mentality, which misses a lot of the point of how lasting attraction is created. 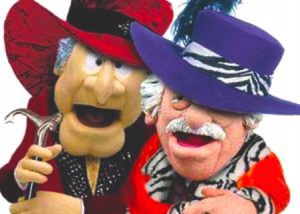 Like a salesman who’s in it for a quick buck and basically get as much as he can in the short term, the pickup artist mentality does not establish any lasting emotions with a woman.

Which is why you have to always touch on genuine emotions with women. Sure, there are some tricks and techniques that will spark interest, but real attraction is based on a man’s ability to reach a place of soulful connection with a woman.

You’ll know this zone when she stares into your eyes almost hypnotically, almost pulling you toward her with her gaze. She won’t just let her body rub up against you – she will drop her guard and share intimate secrets of her very being.

When she feels that you’re able to really SEE her like no other man can, she will open up to you. You won’t just get her into bed, you’ll get the key to her head and heart.

Let’s face it, as much as we want to have the power to have sex with any woman, we really do want to find that one cool chick that we can spend time with, and invest ourselves in.

She’s the chick that will share your hobbies in interests, just because they’re yours.

She’s the girl that will go see an action flick with you just because it makes you happy.

She’s the woman that will give selflessly of herself with you in bed – working as hard as she can to be the best lover you’ve ever had. She’ll eagerly devour you, like a starved animal. 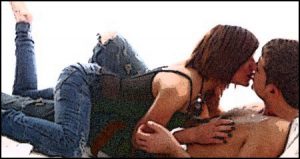 She’ll let you go to those forbidden places with her that other women in the past never let you near.

This is what it’s like to have authentic attraction and connection with her, and it’s even easier to do than you think. You don’t have to trick her or “game” her, and you don’t have to be a jerk to get her begging you to come back to her place.

If you want more information on how to talk to women and how to seduce women with rock solid confidence, I’ve got a complete program that explains exactly what women want, and how to get a girlfriend in the shortest possible time.