3 Simple Secrets For How To Meet Women

Let’s face facts – if you’re sitting at home watching re-runs of The X-Files, or spending the whole day playing video games, you’re not likely to meet many women in your living room.

But then you hear that lame advice about “Dude, just get out there!”

As if leaving your house gives you any different results, right? 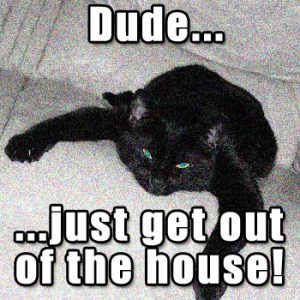 So what you need is some advice on how to meet and attract women when you’re out and about.

But that doesn’t sound that appealing either. Who wants to approach some chick cold on the street?

So how do you escape this trap?

No swipe success for most guys… 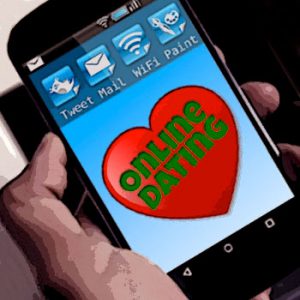 Well, actually there’s an easy way to meet women that you probably never knew about. It’s a little known secret that I’ve been using for years.

Get out of the house.

Yeah, it’s true. You DO need to get out more.

If I was a betting man, I’d bet that most guys out there are reluctant to go out because of the crappy luck they have meeting women when they do. I can’t say I blame them, because sometimes women aren’t the most open to being approached.

But you can’t let that stop you.

You see, I go to Starbucks once a week just to get out of the house and get my brain going. I work there for the day. 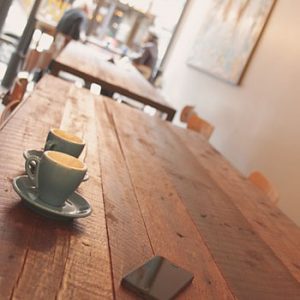 I don’t know what it is, but just being around other people is enough to cycle my creative juices. In fact, I’m writing this article now from Starbucks.

And, inevitably, when I’m just hanging out, I’ll get in a conversation with someone. It just happens, and I can’t seem to control it.

You want to be approachable, of course. You have to give off an energy that says, “Come over and say something.“

Now, of course, you don’t want to be sitting there working on your MacBook with a pair of headphones on. That’s one of those things that makes you closed off and unapproachable.

Be open, aware, and looking around. Don’t be afraid to make eye contact from time to time.

Especially if a nice hottie walks in the door. Give her a smile.

When someone interesting does walk in, go get in line near her. It just increases the probability of a random conversation hitting the two of you.

Oh, and make sure you’ve met the staff and know them by name. This is a great way of showing some social proof of your value.

Because nothing will likely happen if you just sit on the sidelines and voyeur, right?

Get in the game. The spectators just walk away wishing they could’ve played.

Most guys know of my strategy by now, but in case you don’t – here’s a refresher:

– You tease to demonstrate that beauty doesn’t phase you at all. It’s something you’re used to. And if you behave this way, you must get a lot of it.

– Tease her about things that are not HER.

In other words, you can tease that she’s from some hillbilly town in Florida, (“Yikes… I hope a gator didn’t eat your daddy!“) but you should never tease her about her features or her clothes. 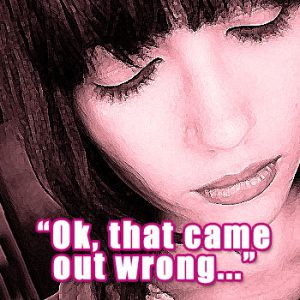 I know, this should be obvious, but you’d be surprised how many guys I’d hear in my bootcamp classes saying something mean because they didn’t know better.

And don’t tease her about her name, either… not cool.

– Always smile when you tease. Basically it’s the kind of tone you’d use if you were teasing your bratty little sister. And the smile lets her know it’s all in fun.

– Be ready for her to tease you right back. That’s part of the game, and the essence of flirting. As long as she doesn’t insult you, go along with what she says and exaggerate it for effect. 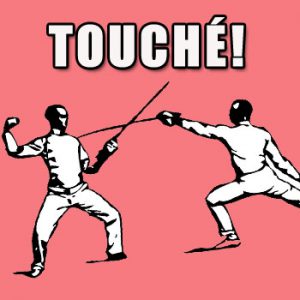 This is gold if you use it right, and it’s GUARANTEED to get her feeling attracted to you much faster than the usual “Where you from?” conversation. (Which doesn‘t work, by the way.)

Tip 2.5: Remember the ‘Mindset of the Hot Girl’

Remember that attractive women don’t have the time to meet every guy that shows interest in her. So she has some shortcuts that get rid of the fluff.

Yeah, you’re probably one of those guys sporting a cool pickup line, but not much else. So she’s going to assume you can’t stand up under the pressure of her Hotness. 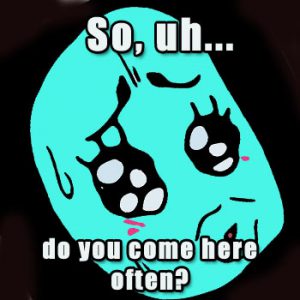 Unfortunately, she’s right way more than she’s wrong, so this works to her advantage.

She can filter you out quick and not waste her time. Hey, we all do this – it’s a mental shortcut and an efficient way to categorize and understand people.

— Guilty of being boring

In the process of approaching a hot girl, most guys broadcast this one loud and clear: They’re dull.

You gotta stand out a bit to scoot under her radar. So the best thing to do is not what every other guy does.

I used this principle all the time when I go out to bars and clubs. I just wait until some guy chats up a woman I find attractive.

After he bombs, and she goes back to talking to her friends, I walk up and ask her a quick question aside:

I say this with a smirk in my voice and on my face, and instantly she knows I “get it.” That one sentence immediately elevates me above 95+% of all men.

I could be just as bad, but by simply saying that, she’ll never think that. 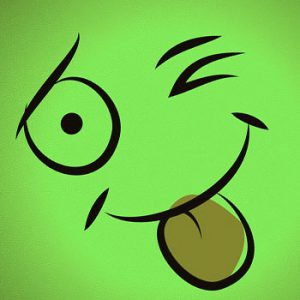 Now it’s time for my super tip of the day…

It’s really best to meet women in a group, believe it or not.

Most guys are deathly afraid of meeting women in groups because they’re afraid of the possible embarrassment factor. They think, what if she rejects me in front of her friends!

But the exact opposite is true… She’s more likely to turn you down if she’s alone than with friends.

Why? Because she doesn’t want her girlfriends thinking she’s a bitch. So she’ll be ten times more likely to respond nicely.

– If you’re approaching a group of women, address them as a group.

Don’t single out the girl you’re interested in right away. This allows you to come in under the protection of stealth.

Don’t approach them from the side. Make sure you come to them from the front – or the direction where they’re most accessible and you’re most visible.

I use one of two ways to get into a group. One is easy – just have something cool to show them.

You can have a cool app on your phone, or – my personal favorite – have a wickedly fun and weird video to show them. Just make sure it’s PG 13 and not offensive.

When you’ve got their attention, then you…

– Make eye contact and introduce yourself to all of them.

Notice that I did not say “smile and make yourself look like a goofball.” 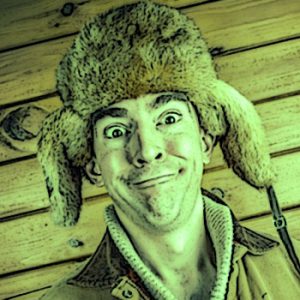 Smiling actually backfires on most guys. In study after study, they’ve shown that guys who smile at women are thought as less attractive than guys who had a slightly more serious demeanor.

Just think about how James Bond operates. He doesn’t walk up with a stupid grin on his face.

He approaches with a serious confidence that says, “I’m not sure about you yet. But you’re gonna LOVE me.”

He’s quietly in a bubble of perfect self-control…

And once you’ve got that down…

She’s the woman that is typically the most extroverted. You’ll see the other women looking to her for approval the most.

This is the woman you want to pass muster with, and it’s as simple as a sincere compliment about her outfit.

Don’t be scared or intimidated. She’s a pussycat when you handle her right.

She’s only got power in her group. And she doesn’t want to look like a bitch, either.

Now you can just ask them a few questions and let them get all Chatty Kathy on you. Be cool, and the fact that you just approached this group is enough to cement you in with the target you want. 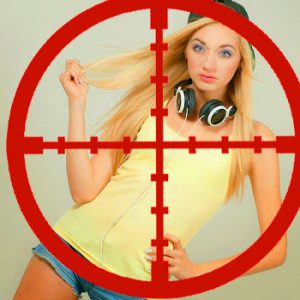 So many guys overlook this simple way to meet a bunch of women at once. Not only that, but approaching a group like this makes you a rock star in the eyes of other men in the club.

You’ll be the one with the most social proof – the seal of approval from a group.

Plus, you never know which of the girls there you’ll really be into, or will be into you. It’s best to play it by ear – be social, and let them come to you.

And if you’re ready for MORE tips to meet women, click HERE and take your inner game to the next level.