Breaking News: Men Now Have To Compete With Backpacks For a Date

“Dudes come and go. I have had this backpack for 10 f**king years.”

Genevieve Blau, a comedian and self-appointed “motivational speaker for dogs”, said this when she announced to the world she was in a relationship with her backpack.

Yeah, you read it right. A grown woman has gone and told her thousands of Instagram followers that she’s dating her pink Jansport backpack.

And you’re probably thinking, “Is she crazy or what? Isn’t it enough that we’re losing women to narcissistic assholes, and now this??” 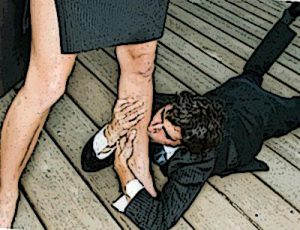 Or you might be wondering, “What’s this world coming to when we have to compete with inanimate objects for female attention? Have women officially lost it?”

But things aren’t always as they seem. Is this lady as kooky as she looks?

But before we get further into Blau’s new “boyfriend”, I wanted to tell you about a funny story involving another woman and an inanimate object.

(Well, it’s funny NOW that I’m looking back at it…)

You see, this buddy of mine is what you’d call a “gamer”, and that basically means he eats, sleeps and breathes video games. And his girlfriend at the time wasn’t too happy about his habit. 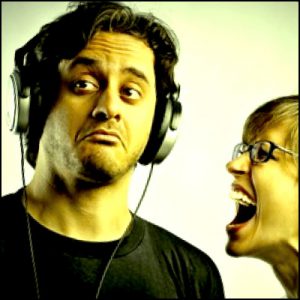 (How he got a girlfriend is beyond me, but anyway…)

According to my friend, his soon-to-be-psycho-ex told him she was “literally threatened” by his gaming consoles, because he “loved them more than her.”

Pretty soon, things escalated to an epic breakup, and she decided to dump his entire collection – a Wii, XBOX and PS3 – into a bathtub.

But it gets better.

She could have soaked his precious electronics in water and that would have been the end of it. Instead, her finishing move was to douse his stuff in lighter fluid (and a shit-ton of it) and – you guessed it – pulled out a lit match. 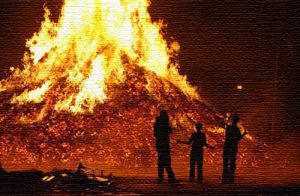 Talk about going out in a blaze of glory. I wouldn’t really blame my friend’s games, though.

They often had equally huge fights when he tried to see his friends, or basically anyone else who wasn’t his girlfriend. So her pathological hatred of his video games was just an extension of her possessive behavior.

The Method To Her Madness

But don’t call the mental health authorities on Blau just yet. The now-famous selfie with her backpack was basically her having fun with the fact that she was eating at a posh restaurant all by her lonesome.

Any girl cool enough to poke a little fun at herself is a keeper. From my experience, a wicked sense of humor is a GOOD sign in a woman.

Think about it: the more laughter there is in a relationship, the LESS room you’ll have for drama. 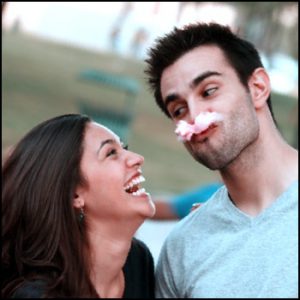 Here’s my take on Blau’s backpack stunt – she could have felt sorry for herself, but instead she chose to turn around a bad situation. When things go south, that’s the kind of lady you want to have by your side.

Humor and playfulness act as an excellent buffer that keeps the negativity in a relationship at bay. More importantly, it’ll get you through tough times AND help you keep a good perspective on things.

I’ve seen a fair share of relationships that have lasted because of this crucial building block. And I’ve also seen a lot of couples split up over a lack of it, too.

That said, make sure to add ‘humor’ to your checklist of qualities in your Perfect Woman.

But here’s an important question: do you have what it takes to win over a cool girl like Blau? 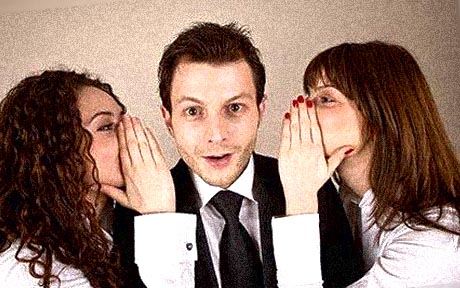 If you want to get a girl like her, the most important thing you need to learn is how to take crap from women.

I’m not talking about putting up with verbal abuse though – the best response in that case would be to tell her “Nice meeting you” and walk away.

By ‘taking crap’ from women, I mean not flinching when she starts to tease you a bit or poke a little fun at you. On some level, you have to give her a little attitude and tease her right back.

Men bust each other’s chops all the time – what most guys don’t know is that they need to do this with the ladies too (minus the dick and fart jokes, of course).

Remember that she’ll subconsciously test your character through some friendly banter – which is expected in quality women – so embrace the experience. 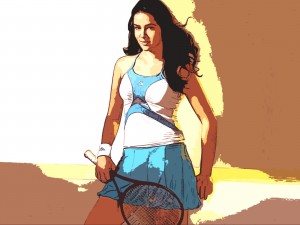 It’s like a tennis match – you break the ice with an interesting opener, she returns your serve and so on. That’s the “dance”.

And if you manage to keep up the humorous, light-hearted pace of the conversation, you’ve got your foot in the door, so to speak.

It’s All On You

As the guy, it’s up to you to make sure the energy level of the conversation doesn’t dip. After all, you’re the one who initiated the interaction, so you need to come in strong to make her invested enough to reciprocate. 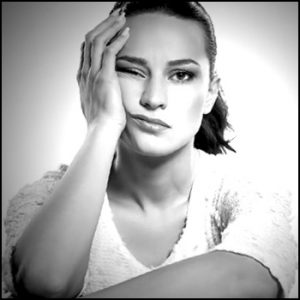 Otherwise, she might dismiss you as a boring guy with low social value. But how do you keep her interested so she doesn’t make some half-assed excuse to split the scene?

First, understand that women don’t make a rational decision when they like a guy. They just do, even without consciously knowing the exact reasons.

When it comes to attraction, you don’t dissect the why’s and how’s behind liking someone. For the most part, logic goes out the window.

Attraction is a FEELING, which means it needs to be triggered. People can’t be TOLD to feel something – it takes an external factor to bring out an emotion.

So your job is to TRIGGER feelings of attraction, by telling emotionally compelling stories for instance.

One trick that works well is to have a story about a tough situation you were in, but managed to get out of it in a funny, scary or cool way (or all three).

Pepper your tale with emotional details, like what you felt at the time. Here’s an example:

“After I called him out on his B.S., I thought he was gonna clobber me…I nearly crapped my pants! Good thing he wasn’t a douche about it – he knew I was right. Can you believe we ended up being friends after that? It still blows my mind when I think about it!”

Women get a rush from that kind of stuff, so it’s in your best interest to steer the conversation in that direction. Once you’ve triggered those feel-good hormones within her, she’ll associate those positive feelings with you. 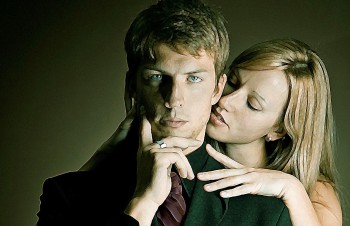 In time, you can make her literally intoxicated by just being around you.

I can talk to you all day about approaching cool and funny women like Blau, but it’ll be twice as hard to pull off those conversational techniques without an important piece of the dating puzzle.

Knowing how to talk to women is one thing, approaching them with CONFIDENCE is another.

Intellectually, you might have all those routines down to a ‘T’, but none of that will matter if your execution is awkward or stilted.

Like feelings of attraction, you can’t just convince yourself to be confident. Self-confidence is a quality you need to cultivate so it becomes a part of you.

Genuine confidence naturally comes out when the situation calls for it. That’s why you’ll need to develop those instincts so they’ll kick in at the right time.

Without it, you’ll be forced to drool over pretty ladies like Blau without being able to do anything about it.

The best thing to do is check out a killer self-confidence building course like mine if you’re lacking in that department. It may not be something you’re born with, but you sure as hell can learn it.

To upgrade your dating and social skills, click here and get started TODAY. 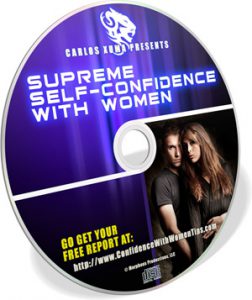