Stop Getting On Women’s Nerves

I’ve been talking to my female friends and clients lately, and I’ve been getting common feedback about the stuff that annoys them about guys. The thing is that it isn’t rocket science, but it’s surprising how many guys still don’t have a grip on this basic stuff.

Let me clue you in on some behaviors that a lot of men are sadly oblivious about – it’s better to know about them now and save yourself some grief tomorrow:

#1: Assuming You Know What She’s About

“This one guy I dated ordered dinner for me,” says my friend Kate. “It was really annoying that he just assumed he knew what I liked on our first date without even asking me first,” she continued.

Unfortunately for that guy, Kate never went out with him again. I totally get that you want to come off as confident, but you should tread lightly if you don’t know that much about her yet.

First dates in particular are a good chance to get to know her better so that you can do something really cool for her on the next date. Think of it as “gathering intel” for a well-placed surgical strike in the form of concert tickets to her favorite band, for instance. 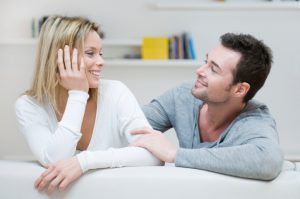 Beth, a client of mine, told me about an annoying guy she met through a mutual friend. “We were actually getting along at first, but then he started teasing me about liking Sex and the City, and not in a good way,” she told me.

Yeah…Sex and the City. Enough said.

I feel where that guy was coming from, but just because you’re not into the stuff she likes, it doesn’t mean you have to be mean about it. That goes double for cruel jokes about her weight, appearance and anything too personal.

A little harmless teasing is fine – and even recommended for heightening the sexual tension – but respect her boundaries. If you piss her off with a miscalculated joke, you can still save face though.

Just tell her, “Hey, I didn’t mean to cross the line, but now that I know where it is, it won’t happen again. I sincerely apologize for that.”