Many guys can’t overcome a deep-seated fear that stops them from walking up to amazing women and striking up a conversation. It’s a definite roadblock. I mean, how are you ever going to get together with a woman when you never say word one to her?

Very few women in this world are going to come up to you. I’m not saying it doesn’t happen, but I’m saying you shouldn’t count on it. 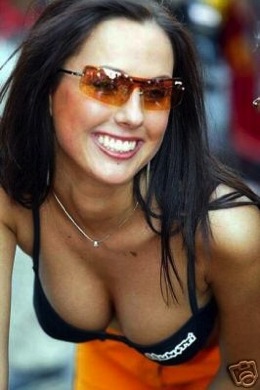 I’m here to tell you that you have the ability to approach women if you just take some time to look at what is holding you back. At the heart of any man’s reluctance to walk up to a woman there lies a common fear – it’s the fear of rejection. This is a very natural fear. But it is also one that you can conquer.

Before you go out, I want you to take a few minutes in a quiet place and imagine the worst-case possible scenario involving rejection. I want you to visualize how you approach women and then have the woman either yell at your or push you or humiliate you or whatever you imagine is the worst thing she can do.

Then I want you to imagine your response. I want you to imagine yourself responding in a way that everyone else in the bar would say, “Wow, that guy is cool. She was stupid to turn him down.” Now, this always involves maintaining your cool. It never involves yelling back or acting angry – that only makes you look bad. Now visualize this a few times.

Now you are ready to go out and Approach Women. Remember your role as the “cool guy getting rejected” and make it your goal to approach a woman with the opportunity to practice playing this role. What you will quickly find are two things: that any rejection you receive will not be as bad as your imagined worst-case scenario and that you actually walk away feeling good about the way you handled the rejection. Do this quite a few times until your cool guy act is completely natural.

Try to Get Rejected

Now is the time for you to think about how – without being a jerk – you can actually get rejected and to put it into practice. So, go out with the intent that you are going to approach women and get rejected. Do this at least one night and then carefully measure the woman’s responses and how you respond. Your cool guy act should fall naturally into place and at this point, if you have been doing everything above – you will notice something else:

The Fear of Rejection has lost its power. You should be able to approach women now much easier. By facing your fears head on and dealing with them directly, you’ll have been able to conquer your fear of rejection.

I’m not saying that it’s gone forever. It still takes conscious effort and practice, but if you follow the steps above, you should be set.