5 Signs You’re In The Friend’s Zone

“The girl I like just sees me as a friend…”

“I was a friend to her thinking that I could win her over. Huge mistake!”

Sound familiar? Have you ever liked a girl so much you thought the best way to get to her is to be her friend? Maybe sneak in through the back door and win her over later.

You made sure you were there for her when she needed someone. You’re her “shoulder to cry on”. Maybe you went shopping with her and watched a few chick flicks together.

And when you thought you were really close, you thought it’s the perfect timing to spring it on her and tell her how you feel.

She tells you, she just doesn’t see you that way.

If only you knew the signs to figure out if she’s romantically attracted to you – OR she’s put you in the “friend’s only zone.”

Here are the common signs that you can use to prevent making the same mistake – and figure out now if you’ve been friend-zoned.

Sign You’re In The Friends Zone #1: You get a late reply. Again and again.

You send her a message on the phone, Facebook, or Twitter and she doesn’t reply. You wait for hours, resend your messages and still no reply.

And when she finally did, you get a short one-word responses like “yep”, “okay”, “fine”. That’s a sure sign, you’re friend-zoned!

C’mon, if she likes you that way, she’ll be excited to hear from you. She’ll use any excuse to communicate with you. She’ll jump on it and reply quickly because she’s excited and anticipating. 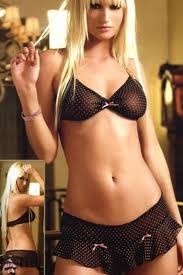 If she doesn’t act that way at all, then that means that she’s not thinking of you and doesn’t feel that rush when you contact her. And that’s never a good thing.

Sign You’re In The Friends Zone #2: She calls ONLY when asking for a favor…

Does she ONLY connect with you when she needs something? Like, ask you to drive her around, pick up some stuff at the store, or even ask you to go shopping with her so you’ll buy her something?

WRONG. She’s only using you…and you’re a handy “orbiter” that she can depend on because she knows how you feel – but won’t reciprocate.

We both know you don’t want to be in that position…to just be her friend. You need her to see you as the guy she can be romantically involved in.

Sign You’re In The Friends Zone #3: She tells you about a guy she likes…If she talks about another guy she likes in front of you, that’s a sure sign that she sees you as only a friend. And if you’re thinking that she’s doing that to make you jealous… then think again.What you’d like to happen is for her to know that you’re there for her because you like her. If she really likes you, she’ll try to get to know you – who you are and what you like.

Next time this happens, you just gotta get up and walk away. Cut your losses before you look like a chump.

Sign You’re In The Friends Zone #4: She doesn’t flirt back…

Have you ever noticed her treating you like the way she treats her girlfriends? The way she hugs and kiss them when she greets them.

Do you try to flirt with her? Touch her arm, her hair…and she’s oblivious to everything you do? She laughs and tease you just like how she does with anyone. 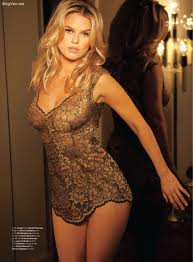 If she does, then she sees you as one of her buddies. You need to give up all hope of taking your “friendly” relationship going anywhere.

Remember that that most important indication of interest from her is her BEHAVIOR. If she isn’t doing the things a woman normally does when she’s interested, then she just isn’t into you.

Sign You’re In The Friends Zone #5: She introduces you as her “friend”

This is pretty much the clearest signal that she’s not attracted to you.

You see, a woman tells her girlfriends about the guy she likes whenever she talks to them. And when she introduces that guy to them she’ll never say “he’s my friend” – because she wants that guy to like her back. Not think of each other as just “friends.”

If she likes you, you’ll see her friends giving you that look and will even tease you both about being together.

That’s just how straightforward everything is.

So, if you hear the words “Meet my friend Joe”. Then, you’re just that to her…a friend.

If you see these signs… then you’ve been warned. It’s up to you to treat this like a stock on the market that you’re investing in. When it refuses to give you the return you demand, you need to sell it and go find one that’s going to pay you dividends.

Anything less than this is only going to leave you emotionally bankrupt at the end of the day. And you deserve to get the woman that wants you just as much as you want her.

If you want to find out how I broke this vicious cycle of falling into the friends zone over and over again – go grab my special training video.

This exclusive, private video presentation will reveal to you how “The Lust Response” can be triggered in almost any woman…

– making her feel an almost uncontrollable urge to “get physical” with you as fast as possible.
CLICK HERE to watch the video now…