The 3 Most Spectacularly Bad Dating Tips For Guys

Over the 10+ years I’ve been a dating coach for men, I’ve heard some really incredibly BAD advice. On the surface most of the tips you read out there SOUND good at first, but you quickly realize just how ineffective they are when you actually try to use them.

I’m going to cover three of these bad dating tips for you here, and I’ll do my best to set the record straight so you never fall into one of these traps… 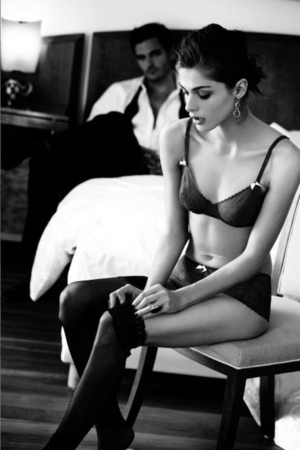 Really? Are you kidding me?

I wish I was kidding about this, but it’s one of the most common bits of advice out there that you’re likely to hear. It’s usually a woman giving this advice, mind you.

HIM: “I don’t understand what’s wrong with me. I mean, geez, I can’t seem to get any dates. Carrie, what do women want?”

HER: “Just be confident.”

It just makes the person saying it look all smart and cool for saying it.

It’s what I call “meta” advice. This is advice that, at its core, is true. But is so non-specific and devoid of any practical strategy that it’s completely worthless to use.

Actually, it’s less than worthless because if you believe “just be confident” and start to follow that advice blindly, you will probably make some epic mistakes that have nothing to do with your confidence.

BECAUSE you were trying to be confident, the failures you experience without a clear road map wreck what little confidence you’ve actually got.

And you end up completely destroying your ability to attract women in the process.

Confidence is also a bit of a mind-game.

I mean, what is confidence? How do you measure it?

The fact is that when you have confidence, you don’t sit around thinking about all the confidence you’ve got. You just go DO the thing you want to do. Your level of confidence doesn’t even occur to you.

So the only thing that really DOES exist is ‘NO confidence.’ Or a LACK of confidence.

Because that’s something you FEEL. Like a punch to the gut or a kick to the balls.

It’s that voice in your head that tries to talk you out of anything you want to do – implanting fear in your mind like a cloaked assassin waiting to strike.

When race car drivers learn how to take a curve, they’re instructed to never EVER focus on the wall they’re trying to avoid, only focus on the line they want to follow on the track. Because once they start to think “avoid the wall – avoid the wall…”

So stop focusing on your confidence. That’s not the answer, even if women are technically correct in saying that it’s something they want.

When they say this, what they really mean is this: 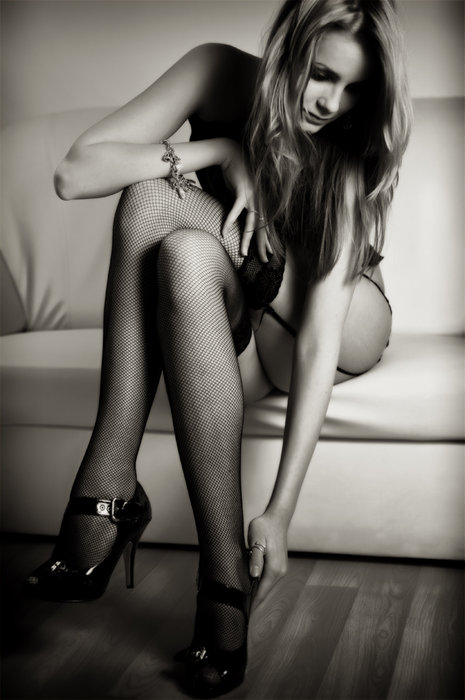 Bad Dating Tip #2: “Just be yourself and everything will work out.”

Okay, here we go again with another bit of “Meta” advice. Where you’re told to just “BE” something without one bit of actionable advice on HOW to be that thing.

In this case, it’s BE yourself.

The fact is that you’re always “being yourself.” Even when you’re trying out a pickup line or some routine you learn, you’re being yourself. In fact, unless you’re an incredibly talented actor, people always see through to the real you.

I remember watching one of the James Bond movies with Pierce Brosnan. Madonna played a supporting role of a fencing instructor.

Now I wasn’t sure what it is about her that rubs me wrong as an actress, but when I saw Madonna in that movie, I realized what it was.

She’s so aware of herself that all she can do is broadcast “Hey! Look at me! I’m Madonna! Acting in a movie!”

Which is the essence of a crappy actor. They KNOW they’re acting.

The best actors LOSE themselves in their role. In fact, you could say they actually BECOME the person they portray. Look at actors like Al Pacino in “Scarface,” or Tom Hanks in “Forrest Gump.”

Or Keanu Reeves in “Point Break.”

Sorry, that last one was complete bullshit…

Anyway, you get my point.

Even when you think you’re being fake, people still see the REAL you.

So the point isn’t that you should just do or say whatever comes into your panicked brain when you walk up to a woman. That’s not “being yourself.”

Be yourself means that you shouldn’t work so hard to project that you’re someone you’re not.

Stop trying so hard, is what she’s really saying.

This goes hand-in-hand with the whole confidence thing. When you’re TRYING to look and be confident with a woman, you always end up looking like a guy who’s a try-hard. Just like that annoying kid on the playground that worked so hard to be your friend, it’s just annoying as hell when someone does this to you.

It’s the same thing with women.

Be yourself = be yourself – BUT the best self you can present.

Which does NOT mean you can’t learn a few new conversational gambits to improve your seduction skills. Go ahead and rehears a bit, and practice, and refine your presentation.

And that leads me to the third big stinking pile of fantasy nonsense advice you hear: 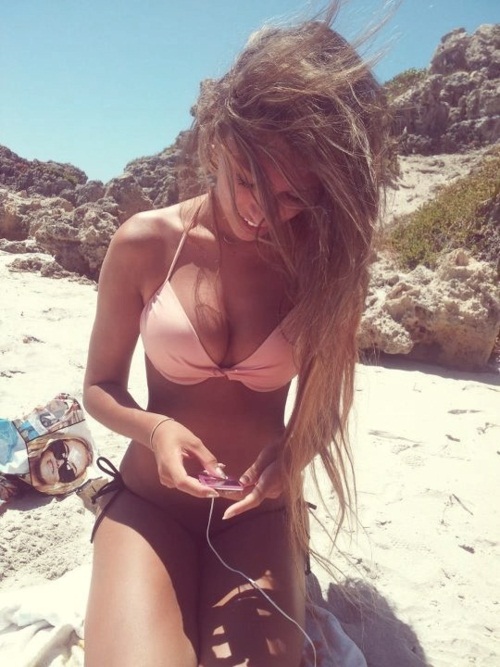 This big steaming pile of excrement is actually TWO lies rolled up into one.

The first is that there is ‘The One.’

That romantic myth of the ONE woman on this entire planet that you are going to meet and fall in love with. That out of 3.5 Billion people, you’re going to only find ONE that will be suitable.

Reminds me of a comedian who said, “You know, if The One is out there waiting for me, I sure hope she lives close to me.”

The fact is that EVERY woman is a potential “The One.”

The only thing that stops her from being that “One” is a combination of personality, chemistry, and timing.

Here in America we’ve become so consumer focused that if a woman isn’t what we want, we immediately toss her out and move on to the next one. Kind of like the mentality of “buy it and take it back later.”

Just take heart that most any woman you’re attracted to COULD be “the One.”

The One is a romantic notion, but it’s not very realistic – or helpful. It’s focused on *scarcity*, and with the sheer number of single people in your desired age bracket (and that’s pretty much ANY age) you’ve got nothing but abundance out there, my friend.

Probably THOUSANDS in your immediate area.

Now, the second big lie in this romantic delusion of: “When the time is right, you’ll find the One” is that you shouldn’t do ANYTHING to meet a woman.

In fact, if you’re a guy in this day and age, and you do anything to improve your skills at attracting women – you’re looked on as some kind of pervert or creep.

I’m not exaggerating here one bit.

As a matter of course, I regularly try to buy some advertising so that I can attract new guys to come get my advice and information from my websites.

But where any woman’s site would be applauded for helping women find men, if a MAN does the same thing for other guys – as I do, it’s looked at as being manipulative and deceptive. I get turned down all the time because what I do for men looks like something evil and a wee bit “rapey.”

Keep in mind that we men live every day with the deception of women wearing makeup and clothes designed to make them look better.

Think about that one for a while, if you will.

Women can do anything they like to be more attractive to men. And it’s completely tolerable. But guys are expected to just wait and accept what destiny decides to dish out for them. Or for the women to find him by “luck.”

If they try to “game” the system in their favor, it’s looked at as manipulative.

This includes everything from using pickup advice (which can run from extremely creepy to very smart strategy) to learning how to appeal to a woman’s sexual desires – quicker. In fact if a man does anything to speed up that sexual timetable, he’s viewed as a dog.

Yet, oddly enough, we men are also the ones that are still expected to approach women and initiate the connection.

Don’t be fooled by this! It’s probably the biggest deception of our time.

Next to the fiction of Santa Claus, of course.

So one thing you can take heart in is that it’s GOOD and JUST to seek better – and faster – results for your efforts. There’s nothing wrong with wanting to get the women you genuinely desire into bed, instead of taking the leftovers – or settling for someone that isn’t what you really wanted.

(And this goes for women, too, which is why I know it’s not only morally sound, but a win-win for both sides.)

Instead, use the same techniques that the guys who get women use to meet, attract, and sleep with the most desirable women.

After all, it’s unlikely you’ll EVER hear one of these guys say, “Geez, looking back on it all… I only wish I had just slept with a few LESS women in my life.”

Get the success with women that you DESERVE.