The truth about attracting women is this: If you just avoid the big mistakes that most guys make, you’ll be more successful than your wildest dreams with women. But the fact is that over 90% of guys mess things up with women because they don’t even realize that they’re making some of these heinous mistakes. Until it’s too late. 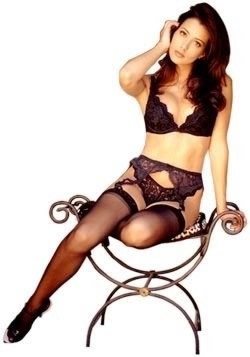 So I’m going to help you avoid that dreaded “friends zone” as I reveal the five TRAGIC mistakes men make with women.

Attracting Women – Tragic Mistake #1: Caring what she thinks about you…

Look, I understand that you can’t help wanting this girl to like you, but if you get obsessed with what she thinks about you, you’re doomed. You’ll be another cautionary tale.

In fact, the more she can sense that you want her to like you (also known as “try hard” disease) the more likely she will not feel any attraction for you. Which means, yes, you’ll be just friends in no time.

Instead of working so hard to get her to like you, just assume the sale. She’ll be into you if you act like she’s already into you. It sounds counter-intuitive, but it ALWAYS works.

As guys, it’s only natural that we want to know how to impress a girl. And the way most guys think they can do this is to brag and puff up their chests with women – the way they do when they want to impress another guy.

Which is the complete OPPOSITE of what really attracts women.

You have to resist the urge to self-promote, because women sense that this is all a clever front designed to lure her in. In fact, evolutionary psychologists have determined that women are pre-programmed to mistrust a guys words, and they watch his actions for the truth.

Now you know why…

Sometimes guys fall into the opposite trap and get way too honest up front. They want to be brutally honest and avoid all the “games,” but in doing so they steal the fun part out of meeting women – which is that it’s a discovery process.

And here’s another secret to how to talk to women: Games are the way she figures out your personality and whether or not you’re a good match for her, and they cannot be avoided.

So just keep all that well-meaning honesty and reveal the flaws and the quirks along the way.

Everything in its time…

I’m sure you’re familiar with the saying that the nice guy never gets the girl, right? Well, the truth is that most “nice guys” aren’t all that nice. What this means is that most guys are using the “nice” routine to manipulate women – so they’re not being all that honest or nice.

The best thing you can do is to be truthful about your intentions, and not cloak them under the disguise of being super nice and agreeable. The reason this turns women off is that they know it’s an act and they can see right through it. Hundreds of thousands of years of evolution have honed her radar into a lethal truth-detector.

So drop the nice guy act and just get real.

Attracting Women – Tragic Mistake #5: Allowing yourself to become too emotional over a woman…

This one is huge.

It shows up mostly when a guy comes on way too strong too soon. He builds a fantasy relationship with this hot woman he just met, and builds up all his attraction, and then totally freaks her out when he starts centering his life around her.

Think about this from her perspective: She’s going to be super-cautious early on, and unless you’ve triggered some massive attraction with this girl (which is actually simple to do), when you make a big play for her and come on strong, it feels creepy and weird.

Women hate try-hards, so you have to be extra laid back at the start so that she can feel comfortable enough around you to let herself go. (This is what women really mean by “friends first.”)

To sum this all up, the one big thing that women are looking for (and it’s the universal mistake of attraction) is INSECURITY. When you communicate insecurity in any of your actions, it’s repulsive to women, the same way a woman’s insecurity repels you.

And of course, the good news is that confidence in all its forms is universally attractive to women. Women are attracted to guys with purpose, ambition, and confidence.